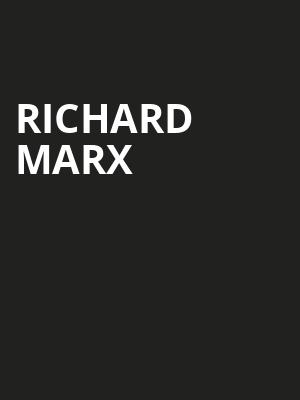 AN eVENING with richard marx

'80s heartthrob Richard Marx is heading out on tour in 2022 as he celebrates his latest album, Limitless. This extra special album also signifies Marx's first collection of original music in six years and features special guests like Grammy and Tony nominee Sara Bareilles. Don't miss Richard Marx as he hits the road!

First coming to notice in the late '80s Richard Marx enjoyed great success with his chart-topping singles, "Hold On to the Nights", "Don't Mean Nothing", "Satisfied" and "Right Here Waiting". These successes landed Marx into the record books as the first solo artist to have his first seven singles hit the Top Five on the Billboard Hot 100 singles chart!

Having sold 30 million records Marx is an icon of the era, don't miss him on tour!

I have loved Richard Marx from the very beginning of his music career.... more

Sound good to you? Share this page on social media and let your friends know about Richard Marx at Community Theatre.