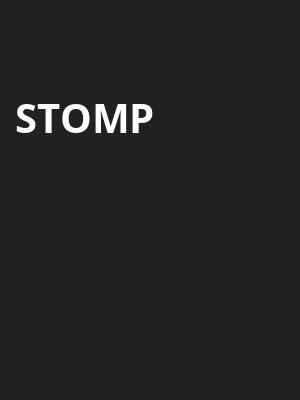 At its best, 'Stomp' convinces its audience that the background music of our everyday lives is worth listening to.

You Won't believe Your Ears!

A worldwide phenomenon, Stomp is unlike any show you've ever seen (or heard). The show features a rotating cast of hugely talented performers, who conjure up heart-pounding music on an array of everyday household objects, including brooms, garbage can lids, vacuum cleaners, hammers and much much more. Add some wicked dancing and choreography to the mix and you've got Stomp!

Created way back in 1991 in Brighton, England by Luke Cresswell and Steve McNicholas, Stomp has new been seen by millions of people worldwide. It premiered on Broadway in 1994, and some of the show's most memorable moments also include performing 'Cecilia' with Paul Simon on Late Night and playing at the Olympics Opening Ceremony of London 2012. So if you've ever found yourself absent-mindedly tapping out a rhythm on your desk at work, or your fridge door as you figure out what to eat for dinner, go check out Stomp to see how it's really done! The show plays in , ,

Stomp is suitable for all ages. It's loud and proud, so if you have sensitive hearing, you may wish to bring earplugs to protect your ears

90 minutes with no intermission

We traveled from Windsor to see the 2:00 Saturday matinee of Stomp. Only... more

This show is one of the best shows that I have seen. It is especially... more

Sound good to you? Share this page on social media and let your friends know about Stomp at Community Theatre.