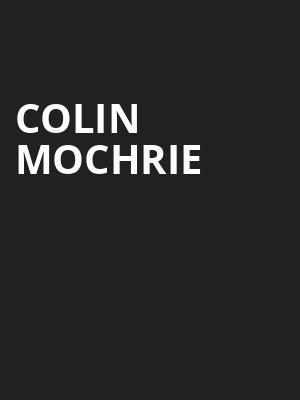 The audience is swept away with the laughter and the connection to the magic moment that propels the action ever forward.

Perhaps best known as the funnyman without a script (thanks to 14 seasons of smash hit US improv show Whose Line Is It Anyway With Drew Carey), Colin Mochrie's fearless humor and rapid-fire talents have paved the way for a long-lasting career as a standup, actor and best-selling author. Don't miss his scriptless genius and quick wits on his latest tour of North America.

Born in Kilmarnock, Scotland, Mochrie moved to Canada as a child with aspirations of becoming a marine biologist. After being persuaded by a friend to try out for the undertaker role in a school production of The Death and Life of Sneaky Fitch he was forever hooked after he got his first laugh from the audience. Following theatre school, where he majored in improvisation, the comedian honed his chops as part of the Vancouver TheatreSports League.  Roles on stage and TV then began to snowball into national recognition as a force to be reckoned with on the international comedy scene.

And before you stop reading

Sound good to you? Share this page on social media and let your friends know about Colin Mochrie at Community Theatre.